A documantary about the life of Dante Agostini,

the founder of the first school of drums in Europe

The drum school Dante Agostini, was established in 1964 in Paris. Dante Agostini himself, was a self-taught drummer, starting at the early age of 5. Growing up in Paris during the 1950’s, he found himself in the midst of rising jazz in Europe. He collaborated with musicians such as Frank Sinatra, Dalida and Jacques Hélian. During that time, he realized that while other musicians – saxophonists, trumpeters, pianists, etc. – had their own music scales, there was no such approach for the drumset.

In 1964, with the help of Kenny Clarke and the SELMER company, he established the first “School of drums” under his name. It was not long before the school was a success. Dante Agostini’s methods, were a revolution at the time, establishing a new pedagogical approach, which was later to be taught in almost every music school in France.

Since his death in 1980, the school is run by his 2 daughters – Anne and Cecile – and his first student, Jacques-François Juskowiak. Despite the fact that the school has expanded, reaching more and more students across the world, it has kept its principals for teaching intact, operating as a family, honoring Dante Agostini’s methods. 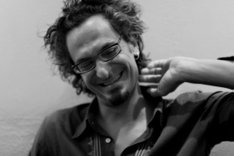 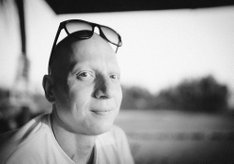 Nikos graduated from the Dante Agostini drum school in June 1992 receiving the 'Première Prix à l'hunanimite et félicitations'. He also received the C.E.S.M.A. (Certificate of Teaching the Agostini method) the same year and since 2013 he represents the Agostini school in Athens, Greece. He also works as a session musician both in concerts and studios. Some of his collaborations include the National Theatre of Greece, Michel Portal, Tuxedo Moon, Evanthia Reboutsika, Panagiotis Kalantzopoulos, Kostis Maraveyas (Maraveyas Ilegal), experimental theaters, jazz combos, blues bands, rock bands, studio work, free jazz duos and trios. He has his own drum solo project which is also performed with a dancer.

Christos was born in Athens in 1976. In 2002 he graduated from the School of Mechanical Engineering of the National Technical University of Athens and in 2008 he completed his postgraduate studies at the University of Piraeus. He has been working as a professional photographer, filmmaker and musician for the last 10 years. So far, he has hosted five personal exhibitions and took part in many group presentations with works varying from photography and video art to installations and soundscapes. In 2012, Christos published his own book “Ink on Asphalt” (“Melani stin asfalto”) with photographs and texts. He has been actively involved in the refugee crisis both as a photographer on behalf of the United Nations High Commissioner for Refugees and as a filmmaker. From October 2016 he runs ‘Sub.Urban’ a multi-platform studio for creation, expression and experimentation. 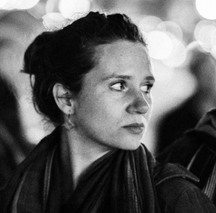 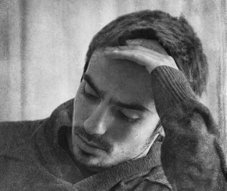 From Athens, Greece to Warwick, UK and from Siena, Italy to Ebeltoft, Denmark Rachel was trained as a filmmaker. She has worked mostly as editor for various film trailers, short films and music videos, mainly based in London. In Greece, she has worked for Fox Networks Group as trailers editor as well as editing content for television. For the last few years, she has been focusing on music videos and filming live concerts.

Ιlias studied jazz guitar and he got his diploma in the Theoretical Higher Sector at the Hellenic Conservatory of Athens. In 2008 he followed courses of Jazz Piano and Atelier Jazz at the Conservatory Jean Wiener, Paris and in 2012 he got his degree in Music Department with specialization in Jazz and Improvised Music at the University Paris 8. Ilias has been working as a musician, music arranger and sound-engineer. He has been living in Paris since 2008.